Speed is Relative - or is it?


There was an interesting video recently posted on YouTube where someone on a Yamaha blasted up the highway on Vancouver Island at speeds into the 300kph range. Reaction from the media and law enforcement was swift and predictable: catch the offender and throw the book at him - it was probably a ‘him’. So was my thought - at first. 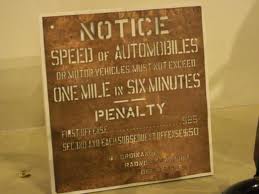 Then I read an article posted by the Canadian Press Online where Ontario flatly refused to raise speed limits on its major freeways to 120 kph or 130kph from 100kph. According to Transport Minister Bob Chiarelli one of the points in favor of keeping the lower limit was that “police are kept busy issuing tickets to drivers caught going that (120 kph)fast.”

So what is “too fast”? Was the motorcyclist “reckless”?