Living in the Age of Irresponsibility

Sixty-five. That’s the number of years the combination electrical-starter switch has been around. First used by Chrysler Corporation, it was a huge leap forward from the floor mounted push button commonly used at that time. Drivers no longer needed three feet to start the car when not parked on the level.

In the space of those 65 years, something has changed to cast a pall over this simple device. It is now being blamed in the deaths of an undetermined number of General Motors car drivers. Whether true or not is no longer the issue. No amount of discovery will ever reverse the negative publicity GM is facing.

But really? Is the poor little switch unfairly accused? Or is it a result of tort law and anti-big corporation sentiment? That, and quite a bit of irresponsibility? 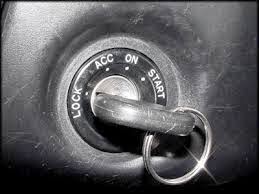 Engines have quit running for so many different reasons since their inception and yet this is the first time that the courts have been brought into it with this much fervor. There has to be a reason other than mechanical failure.

Personally I think it’s because it’s far too easy to say: ‘It’s not my fault. They built an unsafe car so I’ll sue their butts.’

Even if the case goes nowhere, at least the victim has the knowledge that it cost the corporation a ton of money, they had their 15 minutes of fame and it made them feel somewhat better having taken on the big bad giant and won.

Over the years, those of us who have spent time around many different cars saw: keys that will open and start any number of the same vehicles, ignition switches that wear out enough that no key is necessary anymore or a screwdriver will turn the mechanism, switches that won’t shut the engine off and the list goes on.

So what did we do? For the most part we lived with it – until someone took our car. Interestingly though, we all blamed ourselves for letting it get that far.

But not today. Even though most Owner’s Manuals instruct the operator how to deal with ignition switches and some caution against loading the key chain with all sorts of gadgets, who cares? Many of us own more than one car, so that means two keys, two remotes and often a remote starter FOB. Not counting house keys, office keys and a personal item all at the end of a lanyard. Then if the switch wears out we blame poor construction or corner cutting.

It's a very sobering feeling to be up in space and realize that one's safety factor was determined by the lowest bidder on a government contract.
Alan Shepard

So what’s the difference? First and foremost: vigilance and maintenance. Then comes: an intimate understanding of the equipment.

Today’s drivers aren’t taught how to deal with emergencies while driving. When was the last time a tester reached over and turned off the key on a student? Or asked them to do it themselves and coast to safety? I’d bet: never.

Did you know that the steering won’t lock until the key is not only turned to OFF, but also removed? So why can’t you steer to the curb? Even without power steering, a moving vehicle steers much, much easier than when standing still.

Did you know that even with the engine shut off you still have several brake applications before all boost is lost giving lots of opportunity to stop safely albeit with some extra effort on the brake pedal. Even then, there’s still the EMERGENCY BRAKE!

Oh, and let’s not forget that you always have the option of turning the key back ON which turns air bags back ON even if the engine is still off.

By keeping your head, rather than panicking it’s so easy to drop the transmission into Neutral, start the car back up and when back in Drive, carry on. THEN GET THE CAR FIXED!!

All of which gets us to the next new thing: Push Button Start. Now we don’t have a key, but how do you shut things off when things go wrong? Supposedly the dealership should instruct the driver how to do it (push the button repeatedly like as if you’re in a panic) but many salesmen that I’ve asked have no idea themselves. Scary thought. Then it’s in the Owner’s Manual too – which no one actually reads. Also, the power won’t shut off completely until the transmission is placed into Neutral or Park.

Operating a motor vehicle is not rocket science but it does require concentration and an awareness of surroundings. Learning how to deal with the unexpected will lead to a better driving experience. Maintaining the vehicle will also increase it’s (and hopefully your) life. Beats the alternative!
Posted by Unknown at 14:36